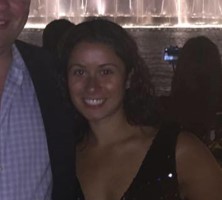 Tell us a little about yourself?

I’m originally from “just outside Philadelphia”- I know all the suburbanites say that, but I really did grow up just a stone’s throw from the city limit! I moved to New York City to attend college, stayed for another six years after graduation, and have managed to live in three of the five boroughs. My husband and I moved back to the Philadelphia area in 2014 and have since added a dog and a baby girl to the family. Outside of my work with Wanashaker, my passions include fitness (I’m a certified spin instructor), food, and traveling.

How did you get into digital marketing?

I was a sociology major in college but graduated not entirely sure of what I wanted to do with my career. I actually started at a small entertainment company, doing website updates, managing our CRM database, and coordinating mass mailings. I later interned at a PR firm with a strong emphasis on digital media, which led to my first digital ad agency job. I started off as a display media planner, but ultimately found the most opportunity in paid search and paid social marketing. I’ve worked on a really diverse array of clients and I’ve learned something new from every single one, which keeps things interesting!

When did you join the Wanashaker team?

I’m a very recent addition to Wanashaker- I joined the team in February 2018. I first met our co-founder, Margaret Ewen, and our VP of Digital Strategy, Steph English, back in 2014 at an agency in Philly, and was thrilled to have an opportunity to work with them again!

What do you like most about working at Wanashaker?

When we say we want to function as an extension of our clients’ team, we really mean it! The Wanashaker team is so dedicated to building strong client relationships and ultimately helping their businesses grow. It’s really something special to be part of that journey, especially with start-ups.

I’m a data nerd, so nothing makes me happier than a really robust pivot table! Data analysis might not seem too glamorous on the surface, but the numbers always tell a story.

What is something about you that might surprise people?

I don’t drink coffee in the morning- just water!

If you could travel anywhere in the world, where would you go?

Right now, the South of France is at the top of my bucket list, for the art scene (both historical and current), the beaches, and the wineries!

If your life were a movie, who would you want to score it?

What is your favorite quote?

From Oscar Wilde: “Education is an admirable thing, but it is well to remember from time to time that nothing that is worth knowing can be taught.” I think it speaks to the importance of pursuing knowledge, not just for the sake of it, but to further your own passions.